These words are a reminder that Kashmir is still a raging issue. Here are some excerpts from our reports after Empire Diaries visited ground zero after the valley lost its semi-autonomy on August 5, 2019. 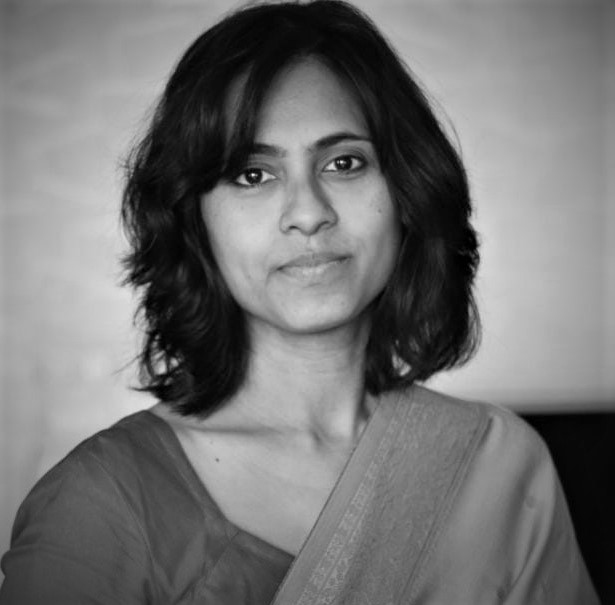 Srinagar: After 90 uneasy minutes, the flight crew made the much-awaited announcement: “Ladies and gentlemen, we are about to land in Srinagar. All passengers are requested to kindly fasten their seat belts and close their window shields.”

After the routine announcement, the crew repeated the last instruction. “We are requesting all passengers to close their window sheds,” the voice crackled out of the speakers, this time sounding more authoritative.

As the plane began to descend, two air hostesses paced up and down the aisles, scanning all the window shields. I was curious to hear about the unusual instruction straight from the horse’s mouth. So, I stopped one of them and asked for the reason behind the announcement. Some of my co-passengers looked on, curious about the outcome of the interaction.

With an indifferent look, the air hostess told me, “It is an instruction, so please close it.”

Stubborn response. No explanation given.

I was yet to land, but already I got a taste of the law of the land – don’t ask questions, don’t look out of the window. Keep your eyes, ears and mouth closed!

As the crew went to their respective seats and the plane closed in on the airport, I sneaked open my window shield slightly. From the view outside my window, I realised that were indeed living in uneasy times.

I noticed a heavily militarised presence as far as I could see. It felt like landing in a military airport.

After giving out details of the crew, weather conditions and the temperature outside, the voice wrapped up the announcement by saying, “You may now use your mobile phones.”

At that moment, loud clapping and jeering broke out aboard the plane – it felt like the flight was a full-house. The din came from Kashmiris, who basically mocked at the flight crew for announcing that passengers could start using mobile phones, when they were aware that the valley was under a communications blackout.

There was no network for mobile phones: no calling, no internet. Yet, such a naïve announcement. It amused the locals on the flight so much that they reacted sarcastically with claps and jeering. Much later after my trip, I learnt that the same reaction had been happening on a few other Srinagar-bound flights as well.

Inside the airport, there was hardly any buzz that is characteristic of terminals. It was nearly silent.

As I walked out of the airport, trying to soak in the ambience, I saw plenty of security personnel manning the premises.

After looking around for a taxi, I finally managed to coax a guy into agreeing to drive us to the Boulevard Road neighbourhood where some hotels are located.

On the drive from the airport to the destination, Srinagar gave me the impression of a giant ghost town. The roads were deserted, all the shops were shuttered, there were no locals in sight, just a few stray dogs lazily sitting along the quiet streets, occasionally some cars passed by, troops could be seen standing guard everywhere, and there were endless coils of concertina wire – this was the ‘new Kashmir’.

Srinagar, the historical city, had just stopped breathing. The first close look of what is fondly called paradise seemed like debris piled in no-man’s land.

With the roads absolutely empty, we arrived in the Boulevard Road area. The sullenness of the neighbourhood down the Dal Lake was a shocking sight for its stark lifelessness.

could feel that grim ambience as we went about looking for a hotel in the Dal Gate locality, which lies right along the Dal Lake.

That search went on for one and a half hours. Hotel after hotel, they kept turning us away, their attendants telling us in hush-hush tones that they were closed. I discovered that a couple of hotels overlooking the Dal Lake had been turned into military camps.

Finally, we had a breakthrough. We found a hotel open in a narrow lane on Boulevard Road. I made the most of my persuasive skills and the hotel’s manager Hashim (name changed) decided to give us a room.

Also, we were told we could venture out for just three hours in the morning and three hours after sundown as a curfew was in place during the rest of the day, round the clock.

Due to restricted food supplies, the hotel said it could offer us only roti and sabzi and nothing else, whatever was available on a given day.

Hashim told me the hotel used to be manned by a staff of 12 during normal times, but 10 of them left for their native places once the lockdown was put in place. The hotel was forced to shutter operations since August 4.

“Who stops you from taking guests?” I asked him.

“A lot of people, especially the unions,” Hashim said, clearly annoyed with the situation. “I could be beaten up and the hotel could be vandalised if they came to know that we were allowing guests.”

“We ordinary Kashmiris are victims of power politics,” the hotel manager rued. “Our life has become hell. We hate politics and politicians, be it any party. No one is bothered about ordinary people.”

Security personnel could be seen patrolling up and down the lane, and they stood guard right in front of the hotel gate 24 by seven. The only sounds I could hear were those of the boots of security personnel and prayer calls from a nearby mosque.

Hashim was upset with business going bad, saying, “This is the peak season for tourists. We used to let out rooms for Rs 6,000 each during this season.”

“You roam around and see what’s normal and what’s not,” he pointed out.

Since landing in Srinagar, I never felt that anything was “normal”. Ordinary Kashmiris were caught in the crossfire between security personnel, militants, stone pelters, local unions and the local government.

Throughout my week-long stay in Srinagar during those tense times, I found nothing that I could call “normalcy”.

The average Kashmiri’s mind is perpetually gutted with fear and despair. They really don’t know when and if normalcy will return to paradise. The nights are only getting longer. And they don’t know how much more despair awaits them.

Also Read: Geopolitics, Profit And Poppies: How the CIA Turned Afghanistan Into A Failed Narco-State

In Srinagar, people who used to earn a living from tourism, horticulture and local businesses, took to selling veggies during the lockdown – that was the only viable business opportunity at that time. That’s largely because veggies are grown and consumed locally, unlike other essential food stuff that were getting caught in the transport freeze.

I caught up with an elderly woman who was buying vegetables at a makeshift stall near the Cantonment area. “What to say? Can you live a life like this? Are we like rabbits that you will let us come out of the cage for a limited period of time? Can you manage like this day after day, month after month? We are like prisoners. Don’t know how long this will go on,” she said.

For ages, the valley’s economy has been distinctly indigenous and self-reliant.

“Inviting foreign companies to do business here to make profits, giving away land for FDI, making ordinary Kashmiris work for big corporate brands as mere employees – is that what you call self-reliance?” exclaimed Bilal, a boatman, as he sat on the edge of his bright yellow shikara. The sun was going down over the Dal Lake. The mid-day silence of the city under curfew was slowly giving way to the occasional whizzing and honking of cars as they purred down Boulevard Road. Vendors were beginning to set up makeshift shops to sell veggies during the evening’s three-hour relief from curfew, while desperate shikara-walas flocked us, hoping to coax us for a ride with not a single other customer in sight.

In good times, a shikara ride on the Dal Lake came for Rs 600 per hour. But with tourism deemed almost non-existent, the oarsmen, struggling to make their kitchens run, were offering rides for as low as Rs 100.

Also Read: How Bob Dylan Stuck A Dagger Into The Heart Of Empire

During the boat ride, Bilal fished out water chestnut from under the lake’s tranquil surface and asked me taste it. “Khao madam khao. This lake is our lifeline. We get so many things from here, our life and livelihood surround this lake,” he said.

I tried the chestnuts. They were sweet and juicy.

Downtown Srinagar looked like a completely different world one month into the lockdown of Kashmir after Article 370 was scrapped in August last year.

My two team members and I used all our persuasive skills to convince an autorickshaw driver to take us around town. The plan was to go to Lal Chowk, the nerve centre of Srinagar, which was bang in the middle of the lockdown map.

The purring of the autorickshaw shattering the silence of the uneasy morning, we soon found ourselves entering Lal Chowk where the famed Ghanta Ghar (clock tower) is located.

The ‘chowk’ or square expectedly wore a deserted look.

I took my camera out and started to record videos of the Ghanta Ghar’s surroundings and shuttered shops, when an armed security officer walked up to me.

I paused recording and took my camera down.

“What are you recording? Where are you from? Which media company?” the security officer asked a flurry of questions in a low but slightly annoyed voice.

“I am a tourist. I am not from any media,” I said, guessing that he would still sense I had something to do with the press.

“Put your camera away, please. Don’t shoot for too long, or we will have to take it away,” he said.

“Is this a time to travel?” the security officer asked me in an imploring tone.

“But we heard that everything is normal here,” I insisted.

“What are you getting to see here?” he retorted, trying to stress the pointlessness of touring Kashmir in times of a lockdown.

He continued in a cautionary tone, “What you see from the outside is not normal, it only seems like normal.”

During the five nights I spent there, I would hear strange noises coming from the otherwise silent lane in front of the hotel. I would try to catch the activities from a corner of my window with the lights of the hotel room turned off. Diagonally opposite to the hotel was a military camp. I could see military trucks entering the narrow lane in the middle of the night, sometimes dropping off troops. At other times, jeeps could be seen taking people to the camp.

So many unanswered questions – who were those people who were being taken to the camp? The camp site was bang in the middle of a residential neighbourhood. What about the people who originally lived in that place? Was all that a ‘normal’ Kashmir? The valley was not the right place to ask too many questions during those sensitive times.

The Kashmir valley has been witnessing the most brutal and violent conflicts ever since militancy exploded onto the scene in 1989. The geopolitical tussle to win possession of the precious land has been bloody and lengthy. For Kashmiris, the new normal keeps changing with the changing times. From where the restive valley stands today, normalcy seems like a distant dream – if not an impossible one.

EmpireDiaries.com is a free-access independent news platform that doesn't get bankrolled by corporates, governments and NGOs. The watchdog reports on how modern-day empires undermine human rights, and how people are fighting back against imperialism. View all posts by Empire Diaries