The Write Line By Ratna

May 23, 2020, New Delhi: The #coronavirus is not the only virus blowing in the wind these days. There’s a virus of hatred and exclusionism in the air.

The #Covid #pandemic is not the only pandemic connecting all the continents. There’s a pandemic of xenophobia spreading the world over like wildfire.

At the centre of this pandemic of xenophobia are migrants and refugees, who are caught in the crossfire while trying to negotiate their way through an uncertain, unstable, unwelcoming ‘new normal’.

Be it for whatever motivation, the most vigilant watchdog organisations from around the world have their ears to the ground, picking up the buzz and giving us a picture of what migrants and refugees are going through in the wake of global lockdowns triggered by the #SarsCov2 #outbreak.

Ever since countries one after another started to go into lockdown mode, #AmnestyInternational has been closely tracking what migrants and refugees in those countries are facing. The world body fears that a secondary pandemic is already underway: a pandemic of misinformation, hate speech, and scapegoating of foreigners and people perceived to be outsiders, which in turn, lead to rights violations and violence against people desperately seeking safety.

Crude oil has seen the lowest price ever. Know more about oil wars in simple words.
Get the book  Secret Notes From Iran: Diary Of An Undercover Journalist

Migrants and refugees are among those who are particularly struggling with pandemic-related instability, according to a recent observation by Amnesty International, a UK-based watchdog and human rights campaigner. “They (migrants and refugees) have unique challenges due to their legal and immigration status, precarious work situations, and restricted access to public benefits and health care systems. Their experiences are complicated by language and cultural barriers, xenophobia, racism, discrimination, stigma and exclusion,” says a recent Amnesty observation piece.

The #UnitedNations, too, has sounded an alarm on this crisis, even as television sets around the world, social media platforms and newspaper centre-spreads are crammed with moving stories of migrants and refugees on the move.

The #IOM (International Organization for Migrantion) is a #UN body that tracks global trends in this field. After migrants and refugees began facing a tsunami of troubles due to stifling #lockdown regimes across continents, the IOM tracked what’s been happening and concluded in a recently tabled report that misinformation and hate speech have become the biggest worries on this front.

“We are seeing an alarming increase in anti-migrant rhetoric, in particular the scapegoating of migrants and others in the public domain and online,” the IOM’s Director-General #AntonioVitorino says in the report. “We are stepping up our efforts to monitor and assess these trends and to protect the most vulnerable.”

Also read: The economy can survive the coronavirus, but not a costly India-China war

Social tension and discrimination are “dangerously on the rise”, the UN body for migration observes, stating, “As the global death toll from the virus continues to climb, there has been a rush to blame the most vulnerable for its spread – even though medical science shows transmission is through physical contact or transfer.”

Migrants caught in no man’s land and turned away, people thrown into quarantine merely on the basis of ethnicity, and increased deportations are only a few examples of how xenophobia and stigmatisation have alarmingly taken control of the situation.

It is worth noting what United Nations Secretary-General #AntonioGuterres said when the coronavirus outbreak began expanding into the pandemic that is has become today. “Hatred is going viral, stigmatising and vilifying people and groups,” he had lamented at that time.

Let’s look at a few examples. Take India, for instance. Ever since the country went into lockdown mode in March end, the planet’s single biggest migrant crisis of our times burst onto the scene, embarrassing not just the Indian administration – which seemed not to have foreseen the catastrophe – but Indian society as a whole.

Stranded in cities locked down with no money to last out a few days, Indian migrants are being widely reported to be embarking on desperate and impossible journeys to far-flung villages where they hail from – all that with barely any constructive support from the government.

There are other prominent examples, too. Take the case of the United States. Egged on by a robust anti-migrant mindset, the US government has turned back over 20,000 people in violation of legal and moral obligations since March 20, 2020.

Also Read: Is America is leaving WHO or is WHO leaving America out?

Equally unnerving is how #Rohingyarefugees literally get heckled and humiliated while they seek shores of safety out of sheer desperation. In February, Malaysia turned back a boat carrying #Rohingya people who were seeking safety. Although it was Bangladesh that eventually allowed the boat to sail in, nearly 30 people had reportedly died on board from starvation because the boat had been sailing for two months.

Unpleasant things are unfolding in Britain as well, as new arrivals are being kept in single rooms with unrelated people, in some cases even being forced to share beds. This is a clear risk to health and violates social distancing guidelines.

Coming back to the migrant crisis in India, #QuartzIndia recently ran a detailed interview with #IrudayaRajan, who is faculty at the #CentreforDevelopmentStudies in Thiruvananthapuram and an expert in migration studies in the country. In that revealing interview, Rajan says that we have underestimated the role that migrants play in the Indian economy. “We have failed to recognise their contribution. We knew they existed, but we never acknowledged their quantum. My estimate is that close to 500 million Indians are today internal migrants, either living in a place they were not born in or did not live in six months ago. Of these, the ones mainly affected by this lockdown are migrant workers. That would be at least 30% of the total migrant population. So we are talking about 150 million-plus people in the country who move from their home state to another for work. They move to a place, earn there, send back money home, and move on to a new place.”

It is unfortunate that while we say that we have entered the #SpaceAge and we’ve come a long way, something as invisible as a virus has exposed how mercilessly we can end up treating the marginalised in our society.

In India and in countless other countries, migrants and refugees have often formed the backbone of socioeconomic settings. Yet, they are the ones who are in the firing line as human society struggles to come to terms with a virus-induced economic and social reboot.

The pandemic of the coronavirus might subside one day, and we may find a treatment or a vaccine to tackle it. But the pandemic of xenophobia is well beyond the reach of pills, vials and injection shots. Its antidote lies in our mindset and outlook. And as of now, these two things are hardly in the shape for us to take pride in. 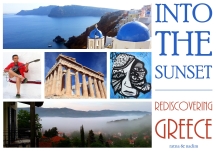 Despite the economic turmoil and political mayhem, Greece still has the verve and the audacity to charm you. Get this coffee table e-book HERE. Only Rs. 236.

EmpireDiaries.com is an independent digital news platform that critically reports on ‘modern empires’ undermining democracy and people’s rights. It is a free-access media watchdog that critically looks at how ‘empires’ work and shape our lives. View all posts by Empire Diaries